Years before the arrival of the English and what we call “The Lost Colony,” the land that is now known as the Outer Banks was home to Native American peoples who honored and cultivated the unique resources of these barrier islands. 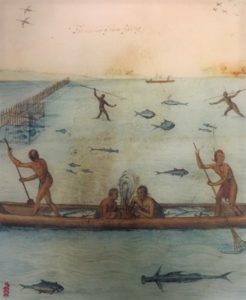 Both men left their homeland to travel to England and back with English explorers in the 1580s. The English settlers owed them a great debt — they would not have survived without the aid of the Manteo, Wanchese and their peoples. Tragically, relations between the English and Carolina Algonquian deteriorated as food supplies dwindled and illness spread through the native population. Chief Wingina (later, Chief Pemisapan) was murdered by Englishmen and his brother, Granganimeo, died of disease the English brought with them.

“The Carolina Algonquian left behind no written record of their culture. The watercolors of John White, the words of Thomas Hariot and items found by archaeologists help us understand who they were and how they lived” reads an inscription at Fort Raleigh National Historic Site, where you’ll find many of these items and paintings on display.

In honor of Native American Heritage Month, we asked two of our park rangers to share some insights into the lives of the Carolina Algonquian people that we have learned from the archeological work done at Fort Raleigh:

​With cooler temperatures arriving and holiday feasts around the corner, I think it’s appropriate to highlight one method the Carolina Algonquian people used for cooking their meals.

Some Carolina Algonquian pottery, including one simple stamped pot on display in the Visitor Center at Fort Raleigh National Historic Site, is designed with a tapered point at the bottom. This point was driven into loose soil, and the people stacked wood around the pot to light a fire. Thomas Hariot, a scientist on the 1585 voyage, describes this process in his “Brief and True Report of the New Found Land of Virginia” (What is now called North Carolina) and artist John White produced a watercolor painting that was later engraved and included in Hariot’s report: 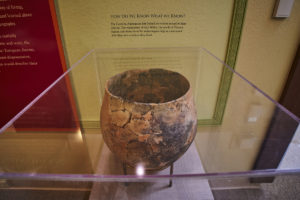 “Their women know how to make earthen vessels with special cunning and that so large and fine, that our potters with their wheels can make no better: and then remove them from place to place as easily as we can do our brass kettles. After they have set them upon a heap of earth to stay them from falling, they put wood under which being kindled one of them takes great care that the fire burn equally round about. They or their women fill the vessel with water, and then put therein fruit, flesh, and fish, and let all boil together like a gallimaufry [hodgepodge], which the Spaniards call olla podrida [burgoo]. Then they put it out into dishes, and set before the company, and then they make good cheer together. Yet are they moderate in their eating whereby they avoid sickness. I would to god we would follow their example. For we should be free from many kinds of diseases which we fall into by sumptuous and unseasonable banquets, continually devising new sauces, and provocation of gluttony to satisfy our insatiable appetite.” 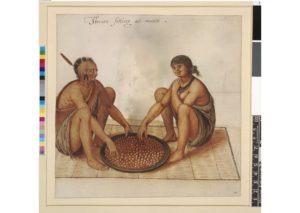 John White’s watercolor painting of a Carolina Algonquian woman and man enjoying a meal together (Circa 1585). Image: National Park Service.

Meals can be a place of gathering and building community and this has happened for generations in the places we call home today. Maybe I can model the Carolina Algonquian and moderate myself during any upcoming feast!

Also on display at Fort Raleigh National Historic Site is a copper necklace that was likely the elaborate personal ornament of a Roanoke Indian. 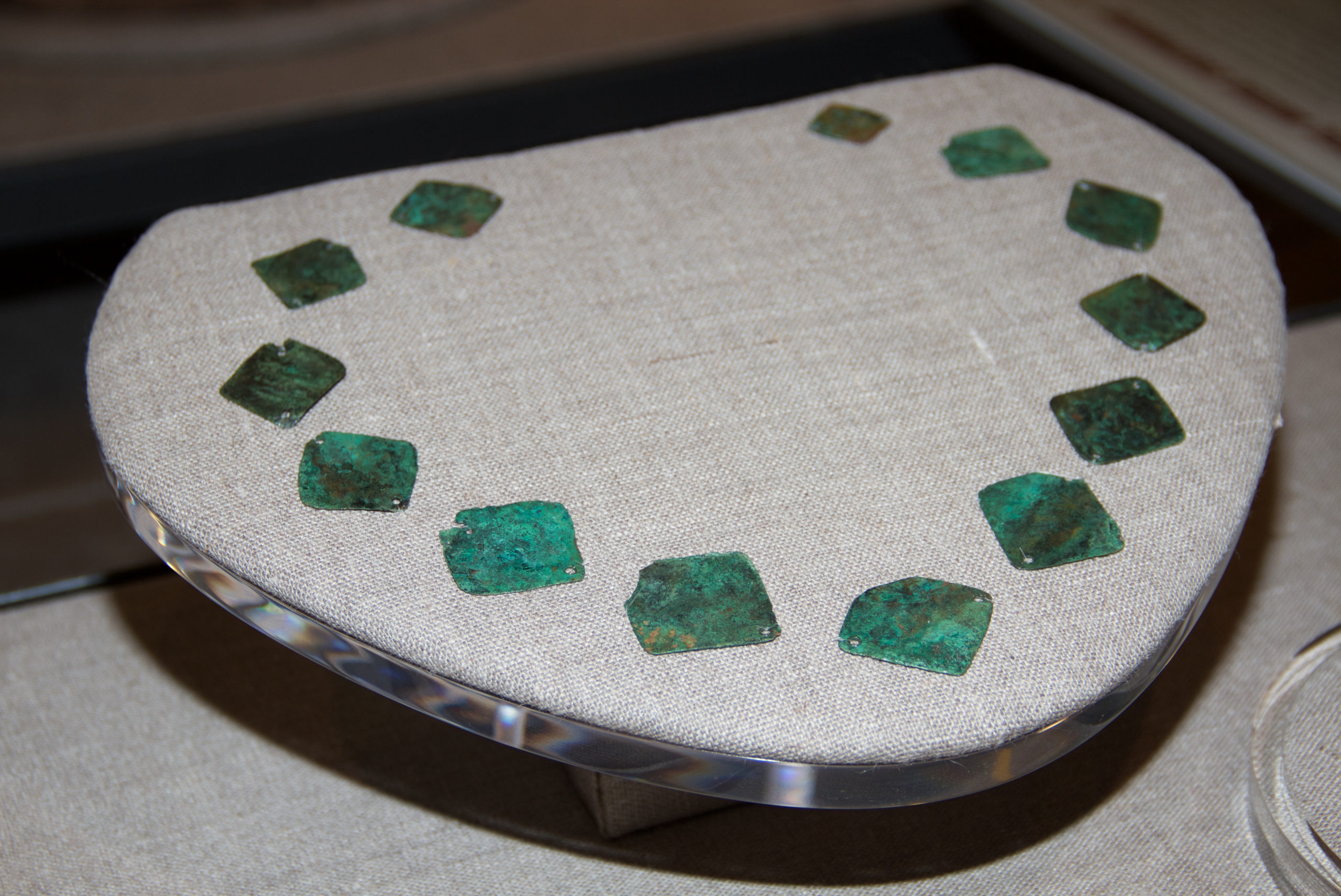 This necklace, on display in the Visitor Center at Fort Raleigh National Historic Site, was likely the elaborate personal ornament of a Roanoke Indian. The necklace consists of 13 diamond-shaped plates made of copper from continental Europe that were strung together on short, knotted cords, which have now rotted away.
Photo: National Park Service.

Archeologists recovered the necklace near the park’s Thomas Hariot Nature Trail in 2008. The necklace consists of 13 diamond-shaped plates made of copper from continental Europe that were strung together on short, knotted cords, which have now rotted away. There is evidence that this necklace was contained in a leather pouch when it was lost or discarded. English explorers and colonists carried copper to trade with Native Americans of coastal North Carolina and Virginia. For these native groups, copper was highly prized and represented high status. This necklace probably belonged to a Roanoke Indian who had acquired it through trade.

The first sustained interaction between Native Americans and English explorers occurred during the Roanoke Voyages of 1584-1587 sponsored by Sir Walter Raleigh. This cultural interaction was documented by scientist Thomas Hariot and artist John White. Together, they produced the first ethnographic study of the Algonquian people and the first English language documentation of the North Carolina coastal region.

To learn more about the Carolina Algonquian of the Outer Banks, check out these resources from Fort Raleigh National Historic Site: