March is Women’s History Month and we are highlighting some women who have made — and continue to make—an impact on your OBX national parks!

Orville and Wilbur Wright may have taught the world to fly, but their sister Katharine was equally as ambitious and influential in the lives of her brothers, and in the early years of the women’s rights movement.

Katharine Wright was born on August 19, 1874, exactly three years after her older brother Orville. (Yes, they shared a birthday!) She was the youngest of seven children (two of which died young) and the only Wright daughter to survive into adulthood. When Katharine was around 15 years old, her mother Susan passed away from tuberculosis which left Katharine to assume the lead domestic role in the Wright family home.

Yet, Katharine would not let hardship keep her from pursuing her dreams. She graduated from Central High School in Dayton, Ohio, in 1893, at the age of 19 and entered Oberlin College in Ohio that same year. She earned a bachelor’s degree in Classics and returned home to serve as an English and Latin teacher at Steele High School. This made Katharine not only an early proponent of women’s education, but also the only Wright child to earn a college degree.

Throughout her life, Katharine was a rock in her brothers’ and father’s lives, taking care of them when they were ill or injured. Though she earned a reputation as a no-nonsense woman, she cared deeply for her brothers. Before Orville and Wilbur came to Kitty Hawk for the first time in 1902, Katharine wrote:

“The flying machine is in the process of making now. Will spins the sewing machine around by the hour while Orv squats around marking the places to sew. There is no place in the house to live but I’ll be lonesome enough by this time next week and wish that I could have some of their racket around.” 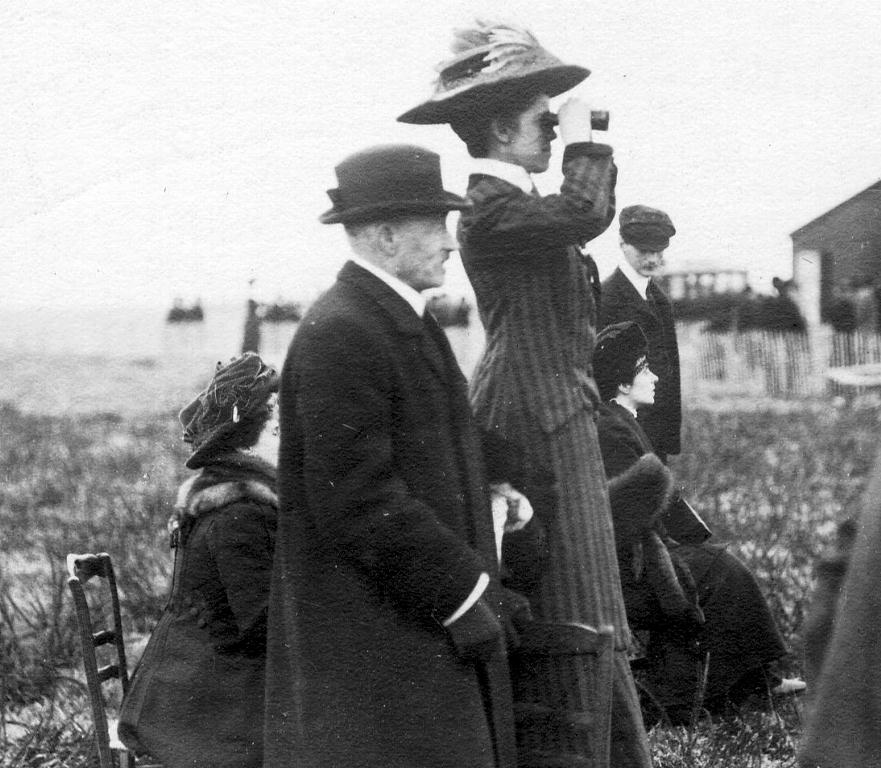 Six years after Orville and Wilbur successfully completed their first flight on December 17, 1903, Katharine traveled with her brothers to France, where she served as their “social manager.” Katharine was not only more outgoing and socially adept than her older brothers, she spoke French and quickly gained the favor of the Frenchmen and women. When the three Wrights left France, they were awarded the prestigious Legion of Honor Medal, which made Katharine one of the few American women to have received this award.

Back in the United States, Katherine was also a social activist. She campaigned for women’s suffrage and became the director of the Young Women’s League of Dayton, Ohio. She married Henry J. Haskell, the owner and editor of a Kansas City newspaper (and fellow Oberlin alumnus), in 1926. Unfortunately, her marriage caused a rift with her brother Orville, who would not accept the marriage or see Katharine again until a few days before she passed away from pneumonia on March 3, 1929.

An unconventional woman for her time, Katharine Wright helped her brothers establish their place in history while leaving a legacy of her own.