This month we are excited to once again celebrate a historic day alongside your OBX national parks and the First Flight Society!

On December 17, 1903, two brothers from Ohio made history right here in the Outer Banks. By the time Orville and Wilbur Wright arrived in Kitty Hawk, to test their famous “Flyer”—the predecessor of the modern airplane—they had been working on it for some time. They first came to the Outer Banks in 1901, finding that the winds and plentiful sand provided a perfect environment in which to test their models.

After multiple trials, adjustments and repairs, the Wright Brothers finally took flight: on his first run, Orville flew 120 feet. By the end of the day, Wilbur had flown 852 feet in less than a minute. They had done the impossible. 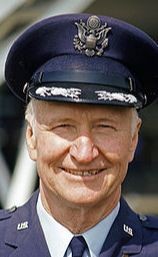 Colonel Halverson served as a pilot during World War II, and in the years immediately following the war (1948-1949), he flew supplies into East Berlin, which was then under Soviet control. Because the Soviets had cut off all supply lines to East Berlin, the Western Allied forces had to drop supplies from the air into the city. This year-long operation became known as the Berlin Airlift.

From July 1948 to September 1949, Colonel Halverson and other Allied pilots dropped thousands of pounds of candy to children into East Berlin. That September, the Berlin Airlift came to an end. Through his brave and compassionate actions, Colonel Halverson brought joy and hope to those who were suffering, with the indomitable spirit of the Wright Brothers.

We hope you will join your OBX national park staff and the First Flight Society for this exciting anniversary event! The First Flight Anniversary Celebration is free and open to the public. The event begins at 9:30am with the flyover planned for 9:45am, weather permitting.